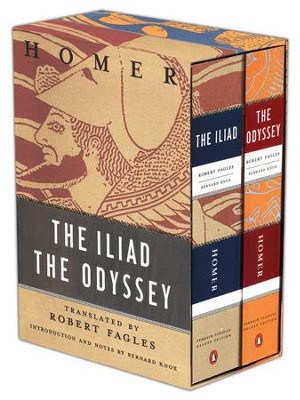 or bursting with biblical allusions, or serving as accurate navigational guides.

Perhaps they encompass all of this and more.

I must admit to having been completely enthralled by Florence and Kenneth Wood’s:

The Epic of the Nights Skies Decoded. 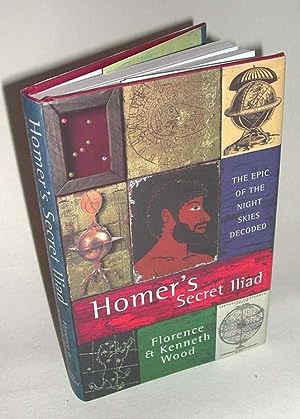 According to one review of this book:

Homer’s Secret Iliad is rich in the elaboration of its hypotheses, such as its discussion of the gods and goddesses as planets, able to wander throughout the ecliptic band of the skies and, thus, influence the fate of the mortals, who are the fixed stars, and hence fixed in their actions. The book provides dozens of examples to bolster each of its arguments, which are extensive. Florence and Kenneth Wood spent years, following the death of Edna Leigh in 1991, working through her hypothesis, and fitting [hundreds] …. of examples into the architecture which Leigh had created.

In the introduction to the book, Kenneth Wood describes the cold reception received by himself and his wife, when they presented their analysis to establishment academia. Fortunately, they came in contact with serious scholars, such as Giorgio de Santillana and Hertha von Deschend, authors of the 1983 Hamlet’s Mill, who are themselves investigating how the knowledge of precession shaped ancient civilizations; their studies have already pushed the calendar of civilization much farther back than the oligarchy would like.

Work of this sort is very different from the school of outright New Age kooks, who have many popular books currently in circulation, which present the evidence of ancient societies’ knowledge of precession and astronomy, as magical, mysterious, or even coming from aliens from outer space. (One might call this the “Edgar Cayce” school of history, after the agent who claimed that his knowledge of the extreme antiquity of Egypt came from his ability to “channel” the knowledge directly from ancient Egyptians.) Instead, Homer’s Secret Iliad joins the growing list of serious contributions in many disciplines piling up each year, which demonstrate that mankind has advanced, through his powers of cognition and discovery, throughout tens of millennium–rather than stumbling from one cultish civilization to the next over the last 2,500 years. ….

One ought to acquire and read this terrific book.

My own little contribution has been of a biblical nature, regarding mainly The Odyssey:

Similarities to The Odyssey of the Books of Job and Tobit

Similarities to The Odyssey of the Books of Job and Tobit. Part Two: Tobit’s Dog and ‘Argus’ in Homer

this fortuitous apparent connection (Job and Tobit) seeming also to support my view that the prophet Job was Tobias, son of Tobit. See e.g. my article:

St Jerome saw resemblance of Tobit to Homer’s ‘The Odyssey’

The Nordic Origins of the Iliad and Odyssey: An Up-to-date Survey of the Theory

The Northern Features of Homer’s World

As regards the sun, the Iliad hardly ever refers to its heat or rays; the Odyssey never mentions the sun warmth in Ithaca, though it refers to the sailing season. As to the seasons, there is a parallel between Homer, who mentions only three seasons: winter, spring and summer, and Tacitus’s Germans, for whom “winter, spring and summer have meaning and names, but they are unaware of the name and produce of autumn” (Germania, 26: 4). Vol. 3, No. 2 Vinci: The Nordic Origins of the Iliad and Odyssey… Clothes described in the two poems are consistent with a northern climate and the finds of the Nordic Bronze age. In the episode of the Odyssey in which Telemachus and Peisistratus are guests at Menelaus’s house in Sparta, the two young men get ready for lunch after a bath: “They wore thick cloaks and tunics” (Od. IV: 50–51). The same is said of Odysseus when he is a guest at Alcinous’s house (Od. VIII: 455-457). Similarly, Nestor’s cloak is “double and large; a thick fur stuck out” (Il. X: 134) and, when Achilles leaves for Troy, his mother thoughtfully prepares him a trunk “filled with tunics, wind-proof thick cloaks and blankets” (Il. XVI: 223-224). Those “thick cloaks and tunics” can be compared to the clothes of a man found in a Danish Bronze Age tomb: “The woolen tunic comes down to the knees and a belt ties it at the waist. He also wears a cloak, which a bronze buckle pins on his shoulder” (Bibby 1966: 245). Also Odysseus wears “a golden buckle” (Od. XIX: 226) on his cloak, and “a shining tunic around his body like the peel on a dry onion” (Od. XIX: 232-233); all of this fit what Tacitus says of Germanic clothes: “The suit for everyone is a cape with a buckle (…) The richest are distinguished by a suit (…) which is close-fitting and tight around each limb” (Germania 17: 1).

Regarding food, it’s remarkable that fruit, vegetables, olive oil, olives, figs never appear on the table of Homer’s heroes. Their diet was based on meat (beef, pork, goat, and game), much like that of the Vikings, who “ate meat in large quantities, so much so that they seemed to regard the pleasure of eating meat as one of the joys of life” (Pörtner 1996: 207). Homer’s characters had a hearty meal in the morning: “In the hut Odysseus and his faithful swineherd lit the fire and prepared a meal at sunrise” (Od. XVI: 1–2), like Tacitus’s Germans: “As soon as they wake up (…) they eat; everyone has his own chair and table” (Germania 22: 1). This individual table (trapeza) is typical of the Homeric world, too (Od. I: 138).

One should also note that, while pottery tableware was prevalent in Greece, the Nordic world was marked by “a stable and highly advanced bronze founding industry” (Fischer-Fabian 1985: 90), which squares with Homer’s poems, which mention only vessels made of metal: “A maid came to pour water from a beautiful golden jug into a silver basin” (Od. I, 136-137); wine was poured “into gold goblets” (III: 472) and “gold glasses” (I: 142). When a vessel felt to the ground in Odysseus’ palace, instead of breaking it “boomed” (bombēse, Od. XVIII: 397). Also lamps (XIX: 34), cruets (VI: 79), and urns (Il. XXIII: 253) were made of gold. As to the poor, Eumaeus the herdsman pours wine for his guests “into a wooden cup” (kissybion, Od. XVI: 52), like the cup Odysseus gives Polyphemus (Od. IX: 346). Wood, of course, is the cheapest material in the north (Estonia and Latvia have an ancient tradition of wooden beer tankards). Athens Journal of Mediterranean Studies April 2017

There are many remarkable parallels between the Homeric Achaeans and the Nordic world, in the fields of their social relations, interests, lifestyles, and so on, despite the time gap.

E.g., Homer’s habit of giving things and slaves a value in “oxen” – a new vase, decorated with flowers, was worth “the price of an ox” (Il. XXIII, 885); a big tripod was worth twelve oxen (Il. XXIII: 703); Ulysses’ nurse Eurycleia had cost twenty oxen (Od. I: 431), and so on – is comparable to the fact that, during the first Viking Age, cows were still used “as the current monetary unit” (Pörtner 1996: 199). A statement from Tacitus bridges these two distant epochs: “Cattle and oxen (…) are the Germans’ only and highly valued wealth” (Germania, 5, 1). Besides, the prominence of oxen in the economy of the Homeric world is another argument in favour of the Nordic setting, while in the Greek world other kinds of livestock are more important (one should also consider how important were beef and pork in Achaeans’ diet).

Still on Tacitus, Karol Modzelewski, by quoting a custom reported in Germania, 11, writes: “The mention of assembly decisions taken by a peculiar acclamation method, consisting in brandishing spears, is confirmed by the codifications, dating back to the 12th century, of the Norwegian juridical traditions, where this rite is called vapnaták” (Modzelewski 2008: 33). It is remarkable that the custom of going armed with spear to the assembly is found in Homer: Telemachus “went to the assembly, he held the bronze spear” (Od. II: 10). Thus a custom dating back to the Homeric world was still present in Viking Norway of the 12th century.

One should also note that Odysseus’ ship had a removable mast, a feature typical of all Homeric vessels: both the Iliad (I: 434, 480) and Odyssey (II: 424, VIII: 52) confirm that setting up and taking down the mast were customary at the beginning and the end of each mission. This feature was also typical of the Viking ships, which lowered the mast whenever there was the risk of sudden gusts or ice formation, which could cause the ship to capsize. Another structural feature typical of Viking ships, the flat keel, is found also in Homeric ones, as one can infer from the passage narrating Ulysses’ arrival in Ithaca, where the Phaeacian ship “mounted the beach by half the length” (Od. XIII: 114).

Another peculiar custom of the Homeric heroes is that they got off the chariots and left them aside during the duels: e.g., the Trojan hero Asius used to fight “on foot in front of his puffing horses, which the charioteer kept all the time behind him” (Il. XIII: 385–386). Scholars agree that this way of using the chariots seems to be absurd and senseless: “No one has ever fought like the heroes of Homer. They are led to battle in chariot, then they jump off to fight against the enemy. All that we know about the battle chariots in Eastern Mediterranean protests against this view of things” (Vidal-Naquet 2013: 573). However, what looks odd in the Mediterranean fits the Nordic world: according to Diodorus of Sicily, the Celts “employed two-horse chariots, each with his coachman and warrior, and, when they confronted each other in war, Vol. 3, No. 2 Vinci: The Nordic Origins of the Iliad and Odyssey… they used to throw the javelin, then they came down from the chariot and fought with the sword” (Historical Library 5: 29). Still Diodorus writes that “Brittany is said to be inhabited by native tribes conforming to their ancient way of life. In war they use chariots, like the ancient Greek heroes in the Trojan war” (Historical Library 5: 21). Julius Caesar adds other details upon the Britains: “When they have worked themselves in between the troops of horse, leap from their chariots and engage on foot. The charioteers in the mean time withdraw some little distance from the battle, and so place themselves with the chariots that, if their masters are overpowered by the number of the enemy, they may have a ready retreat to their own troops. Thus they display in battle the speed of horse, together with the firmness of infantry” (De bello Gallico IV: 33).

So, the chariot fightings narrated by the Iliad are not absurdities due to the supposed ignorance of the poet; instead, Homer must be considered the only extraordinary witness of the Nordic Bronze Age, whose archaic customs survived in Britain until Caesar’s age.

This confirms what Stuart Piggott writes: “The nobility of the [Homeric] hexameters should not deceive us into thinking that the Iliad and the Odyssey are other than the poems of a largely barbarian Bronze Age or Early Iron Age Europe. There is no Minoan or Asiatic blood in the veins of the Grecian Muses (…) They dwell remote from the Cretan-Mycenaean world and in touch with the European elements of Greek speech and culture (…) Behind Mycenaean Greece (…) lies Europe” (Piggott 1968: 126). Besides, according to Geoffrey Kirk, the Homeric poems “were created (…) by a poet, or poets, who were completely unaware of the techniques of writing,” (Kirk 1989: 78) and “a recent linguistic argument suggests that the Homeric tmesis, i.e. the habit of separating adverbial and prepositional elements that were later combined into compound verbs belongs to a stage of language anterior to that represented in the Linear B tablets. If so, that would take elements of Homer’s language back more than five hundred years before his time” (Kirk 1989: 88-89).

That’s why “there is an absolute difference both in extension and quality between the Mycenaean society and Iliad’s” (Codino 1974: IX): Homer’s civilization appears more archaic than the Mycenaean one. There is also the odd case of Dionysus, who is an important god both in the Mycenaean period and in classical Greece, but is almost unknown in Homer: Homer’s world, therefore, probably preceded the Mycenaean civilisation, instead of following it. ….